The difference between SP, DP and PX in layout file

As we all know, there are many Android manufacturers, and Android phones and tablets of various sizes emerge in an endless stream. The fragmentation of Android ecological environment is becoming more and more serious. In order to solve the problem of excessive resolution, Google defines Px, DP and SP in the Android development document, which is convenient for developers to adapt to Android devices with different resolutions. It is necessary for junior programmers to understand and master some basic knowledge of adaptation.

A chestnut: PX and DP

Pixel, or pixel, 1px represents a physical pixel on the screen. But PX units are not recommended. Because the actual size of the same pixel image may be different in different mobile phones. When PX is used, if you need to draw 1 pixel table line or shadow line, it will be blurred if you draw it in other units.

To understand DP, we must first introduce the concept of DPI. The full name of DPI is dots per inch, the number of pixels per inch of diagonal. Therefore, its calculation formula is as follows:

For example, height and width are the pixels of length and width, the sum of squares is the number of diagonal pixels, and size is the 5 and 4 in 5-inch and 4-inch mobile phones, which is the length of diagonal.

DP, also known as dip, is device independent pixels. The device does not depend on a unit of pixels. It will automatically adapt on devices with different pixel densities, such as:

Let’s do a simple sample verification, as follows, a layout code 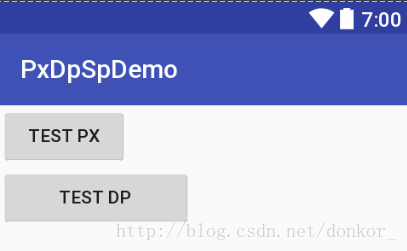 In 480 * 800 resolution, the device effect figure of 5.1 diagonal inches of screen is as follows

Another Chestnut: DP and SP

Since we said above that DP can automatically adapt to the device model, is it also feasible in the font? Let’s do a simple sample verification, as follows, a layout code 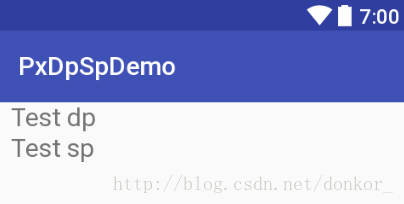 With 480 * 800 resolution and 3.7 diagonal inches of screen, we modify the font size of the mobile phone system and get the following effect

The front end of common IO functions uploads pictures in batches and echoes them; Python passes the list to the front end, and successfully displays multiple pictures (in the form of rotating pictures)